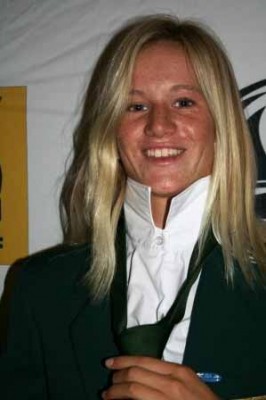 …trip to the Gold Coast

In the last and most important year in my academic career, I find myself spending more time outside the country than inside. On my second trip to Australia for the year (hence the fact that its only Feb), I got to spend some time on my favourite stretch of Australia, the Gold Coast to do the trials in the Roxy Pro.

When I was 13yrs old, my family and I traveled the coast of Australia in a red budget station wagon, which we later referred to as the “red rocket”.
Being in the same place four years later seemed a bit strange. This time I didn’t come on a holiday, I came to train and to compete.

After four days at the Australian Surfing Sports Science Institute, I was ready. Eight hours of training everyday was enough to make me realize that it was going to take more than just raw surfing talent to make this surfing career I have chosen a success.

From there I was booked into the Roxy apartment located right on the event site. It was a lot of fun hanging out with the Roxy girls on the Goldy, buying milk for our milo cereal late at night at a 24hour-store, becoming a local at the nearest “Sushi Train”, surfing the coast and going on Roxy photo shoots. We also had to cook for ourselves. Having Kelly Slater bump into you, messing around in the hotel’s pool and surfing with the pro’s was a taste of living the dream.

I managed to place 4th at the Roxy trials. Epic waves at Snapper (with only 3 other girls in the surf) and fierce competition with two of the ex-WCT surfers in the trial. The final was anybodies game and waves were scarce, but very good experience at such a known surf spot. I really enjoyed seeing how girls surfing have progressed so much this last year. Even the guys mentioned that it was the first year that they actually enjoyed watching the girl heats.

Catching a bus to Brisbane on my own with all my boards and luggage, arriving at the wrong terminal, catching a taxi to the other terminal, being overweight and getting away with not paying as well as loosing your boarding pass at Perth airport, all adds to the “traveling experience”. I realized that you learn at young age how to act lost, how to cry when necessary and how to plead like a child when you lost something.

In a blink of an eye the 10 days in Australia was coming to an end and I found myself crunched up in yet another economy class seat, heading home….