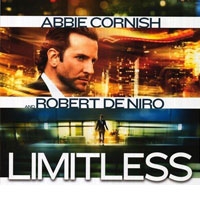 We travel to a great many parts of the world this week including the USA, Mexico, Thailand, Israel and Australia to bring you movies that we’re sure will keep every member of the family entertained at Ster-Kinekor Theatres – your happy place.

The thriller Limitless stars Bradley Cooper as a normal guy whose life is changed forever when he takes a drug called NZT and his brain begins working at 100%. Suddenly he is able to make a fortune and rockets to the top of the business ladder. But dangerous people find out about the drug and decide they want it for themselves.

Water for Elephants is a drama starring Robert Pattinson, Christoph Waltz and Reese Witherspoon about a young vet who sets off on an adventure when he joins the circus. But things take a dangerous turn when he falls in love with the cruel ringmaster’s wife.

Staying with thrillers, Roommate is a tale of dangerous obsession as one newly-arrived college student becomes violently jealous of anyone who gets too close to her own roommate. Leighton Meester and Minka Kelly head the cast.

The Australian action thriller Tomorrow When the War Began deals with a group of young people who return from a weekend in the bush to discover that an unknown force has invaded their small town. Together they realize they must find a way to reclaim their world.

The Israeli drama Miral tells the story of a young girl who comes of age amid the violence of 1980’s Jerusalem after growing up shielded from the chaos in an orphanage for most of her life.

Thai action film The Sanctuary deals with a man trying to avenge his brother’s death at the hands of mercenaries while at the same time trying to stop them selling a priceless ancient artefact.

For one night only, on Thursday April 14, see top world music act Prodigy perform in concert during their recent world tour. Titled Prodigy – World’s on Fire the performance is a must for all fans of the band and their music.

movies at the mall