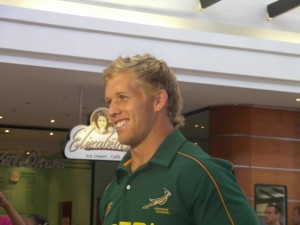 The South Africa Rugby Union (SARU) today announced that the decision on the next host city for the South African Sevens will be made at a special media briefing on Wednesday 13 April 2011.

BlitzBokke.com previously posted that Cape Town, Port Elizabeth and the Royal Bafokeng Sports Palace in Rustenburg were among the favourites to secure the prestigious hosting rights from the IRB.

While media opinion on Twitter seems to favour Port Elizabeth as the ultimate winner, we hope that Sponsors’ pressure will prevail and that Cape Town will be offered a chance to host the second tournament of the HSBC Sevens World Series.