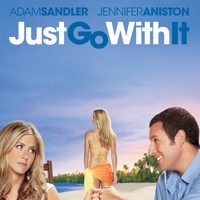 The romantic comedy Just Go With It stars Adam Sandler as a woman-chasing bachelor and Jennifer Aniston as his assistant who is forced to pretend to be his ex-wife when he sets out to capture his dream woman.

Johnny Depp stars in the animated adventure Rango about a brave chameleon who gets his big chance to be a hero when he tries to save a dusty cowboy town from an evil bandit.

The werewolf drama Red Riding Hood from the director of Twilight, Catherine Hardwicke, stars Amanda Seyfried and Shiloh Fernandez as young lovers in a small town that lives in fear of deadly attacks whenever the moon is full.

Ryan Gosling and Michelle Williams star in the Oscar® Nominated drama Blue Valentine which shows their relationship from the moment they meet until the failure of their marriage.

The documentary Freakonomics is exclusive to Ster-Kinekor Theatres and examines human behaviour and how sometimes small individual acts can affect society as a whole.