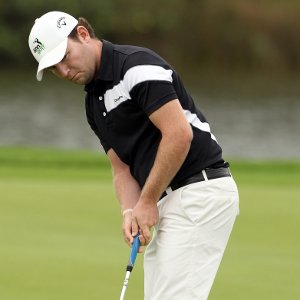 Branden Grace is taking a long hard look at the R190,200 on offer for the winner of this week’s MTC Namibia PGA Championship and thinking how it will take him closer to the top five on the Sunshine Tour Order of Merit.

Grace is one of the favourites for the R1.2-million Sunshine Tour event played in Namibia’s capital on the 6,570-metre par-71 Windhoek Country Club.

In the absence of defending champion Hennie Otto, and with the man who beat him to the title in the final round of last month’s Telkom PGA Championship George Coetzee in action in the Sicilian Open on the European Tour, Grace will want to establish himself as the top local player on the Sunshine Tour.

With Charl Schwartzel, Garth Mulroy, Louis Oosthuizen, George Coetzee, Thomas Aiken and James Kingston all campaigning abroad, the seventh-placed Grace has an opportunity to edge clear of Kingston in sixth and get close to Aiken in fifth on the Sunshine Tour Order of Merit with a Namibian victory.

But he won’t have things all his own way: His cousin Michiel Bothma is in the field, and, although the four-time winner on the Sunshine Tour has not been in great form recently, he’s quite capable of chasing down a leader with some success — his last two victories were the 2010 Telkom PGA Championship where he hunted down Louis Oosthuizen and Coetzee, and the 2010 SAA Pro-Am Invitational at Prince’s Grant, where he caught Jaco van Zyl and Otto.

And Oliver Bekker, who had three 65s in last month’s Telkom PGA Championship while finishing fifth, is due for his maiden win after coming close a few times towards the end of 2010.

Like Bekker, Neil Schietekat was superb in the Telkom PGA Championship, and his game – when on song – would seem suited to Windhoek Country Club, where the surprising 1,650-metre altitude will help those longer off the tee as he is.

But a victory by Grace is the one which will set a cat among the pigeons on the Sunshine Tour Order of Merit.