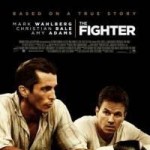 Prepare to get ‘Knocked Out’ by our fantastic line-up of new releases this week. We’ve got Oscar-nominated action, side-splitting comedy, serious drama and so much more for your complete movie-going enjoyment at Ster-Kinekor Theatres – your happy place.

Nominated for 7 Oscars including Best Picture as well as Best Supporting Actor nods for Christian Bale, Amy Adams and Melissa Leo, The Fighter tells the inspirational true-life tale of a down on his luck prize-fighter (Mark Wahlberg) training for a historic title bout that will re-unite his family and give his town its pride back.

In the comedy Big Mommas House: Like Father Like Son FBI agent Malcolm Turner (Martin Lawrence) again dons his blonde wig and muumuu to covertly investigate a murder and bring down the bad guys at an all-girls performing arts school after his son Trent witnesses a gangland murder.

The French drama Of Gods and Men deals with a group of monks who decide to remain in Algeria during a time of turbulent political upheaval. But when a fundamentalist militia group turns up one day, the choices they must make become very real and immediate.

An ageing monarch. A kingdom divided. A child’s love rejected. Shakespeare’s King Lear is set in a world descending into chaos. One of the greatest works in western literature, it explores the very nature of human existence. British stage veteran Derek Jacobi dazzles in the lead role.