Merry Christmas to all of our wonderful Ster-Kinekor Club members! We hope you have a safe and peaceful holiday and that the old fella in the red suit is very generous to you all this year. 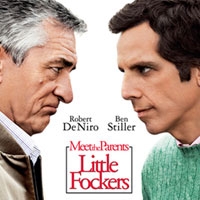 And what could be the perfect accompaniment this festive season to all that great food and great company? Great entertainment of course, and we’ve got a whole stockingful of it at Ster-Kinekor Theatres – your ho ho ho happy place.

The hilarious comedy Little Fockers is the long-awaited sequel to Meet the Parents and Meet the Fockers. Ben Stiller and Robert De Niro again star as the son and father-in-law locked in a never ending battle of wits. Don’t miss it!

The live action/animated comedy Yogi Bear 3D is the first big screen outing for one of Hanna-Barbera’s most beloved characters. The film features the voice talents of Dan Aykroyd and Justin Timberlake.

The sweeping French-language drama Le Loup details the unlikely relationship that blossoms between a sixteen-year-old Siberian herdsman and the wolf cub he saves in the wild.

The SA-made vampire thriller Eternity is exclusive to Ster-Kinekor and deals with one young vampire’s quest to control a world changing serum and to win the hand of the human girl he loves. Andre Frauerstein and Christina Storm star.