Happy New Year, South Africa! We hope you have a safe and prosperous 2011 and that you reap all the rewards you could possibly wish for. With that in mind we end 2010 with a New Year’s feast of fantastic entertainment for you to enjoy – from thrills and spills, to music and laughter – it’s all there at Ster-Kinekor Theatres – your happy place. 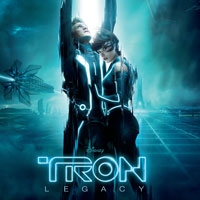 The breathtaking sequel to the sci-fi classic Tron comes to our big screens 28 years after it’s famous predecessor and is entitled Tron: Legacy 3D. Jeff Bridges again stars as computer boffin Kevin Flynn and the story this time around centres on his grown son Sam attempting to help him escape the computer matrix in which he has been imprisoned.

See it first! Join us for Sneak Previews of Tron: Legacy 3D on 27 December! Ster-Kinekor Movie Club Members can SMS their name, ticket number and Movie Club number to stand in line to win one of 5 R1000 cash prizes!

Ben Affleck and Jon Hamm star in the crime thriller The Town about a team of brilliant bank robbers whose uninterrupted crime spree is put in danger when their leader falls in love with one of the female managers at a bank they rob.